Discover the #1 reason why 70% of this orthopaedic surgeon’s patients never made it to the operating room...

A note from Eric Wong aka “Coach E”,

At the busiest point in her career, Dr. Erin Boynton had a 9 month waiting list for consultations, up to 2 year waiting list for surgery and consulted with an average of 105 patients a week.

Most chose to wait because Dr. B was widely regarded as one of the top sport orthopaedic surgeons in the country, having served as the team surgeon for the Toronto Blue Jays for 10 years and the Medical Director of the Rogers Cup tennis tournament and consulted with when high-paid athletes went down with a serious injury that might require surgery.

Since her patients would have to wait anyway - and being a competitive athlete herself - she knew they’d be better off if they had something to do.

So, she began prescribing exercises and educating them on why the exercises were critical to achieve the best surgical outcome possible.

Much to her surprise, 70% of those that followed her advice ended up cancelling their surgery altogether!

When she told me this, I was amazed not only at her success at diverting patients from the OR but the fact that as a surgeon, she would make this a priority in the first place!

So I asked her why she thought she was so successful in helping her patients avoid surgery and she told me the most important factor was simple:

Of course, I had to know what exercises she was talking about and what she described to me were simple exercises, but performed in an extremely precise way with a clear progression.

After working with tens of thousands of patients and athletes, she’s continued to refiner her approach and it addresses 1 of 4 dysfunctions (described later) which allowed her to help most people avoid surgery altogether.

And for those who still required surgery, her exercises helped them achieve superior outcomes, meaning fewer complications and a faster return to full participation in sport (and life).

Which brings us here today…

I’m proud to introduce a brand-new program and partnership with Dr. B on the “AVOID THE KNIFE” series, which is designed to help as many as possible avoid surgery and get back to and keep doing the things they love.

A systematic and proven movement-based approach to avoid orthopaedic knee surgery and - if it is absolutely necessary - ensure rapid and full recovery to help you get back to and keep doing the things you loveas quickly as possible.

The AVOID THE KNIFE Meniscus Program is specifically designed for those with a recent or past meniscus tear who:

Have you been told you require knee surgery, but are searching (and hoping) for an alternative?

Or do you suspect you have a meniscus tear that isn't that serious right now, but you want to make sure it doesn't get worse?

Or maybe you like to exercise and train with intensity and you know how common meniscus tears are and you want to be proactive to keep your knees healthy and pain-free for as long as possible.

Whether you’re an athlete looking to return unhindered to your sport, someone who can’t live without regular and intense exercise or you want your knees to be strong and pain-free for your every day life, you’re in the right place.

The 4 root causes of most knee problems

All 4 dysfunctions lead to excess stress on the connective tissues of the joint i.e. the meniscus, cartilage and ligaments.

Here’s the kicker - if you do opt for surgery, failing to address these 4 dysfunctions will result in more serious complications, increased chance of needing a total knee replacement in the future and an inability to return to full function down the road.

The AVOID THE KNIFE Meniscus Program takes a movement-based approach that addresses these dysfunctions - which are the true root causes of the damage - resulting in lasting results whether surgery is required or not.

Meet the team behind the program 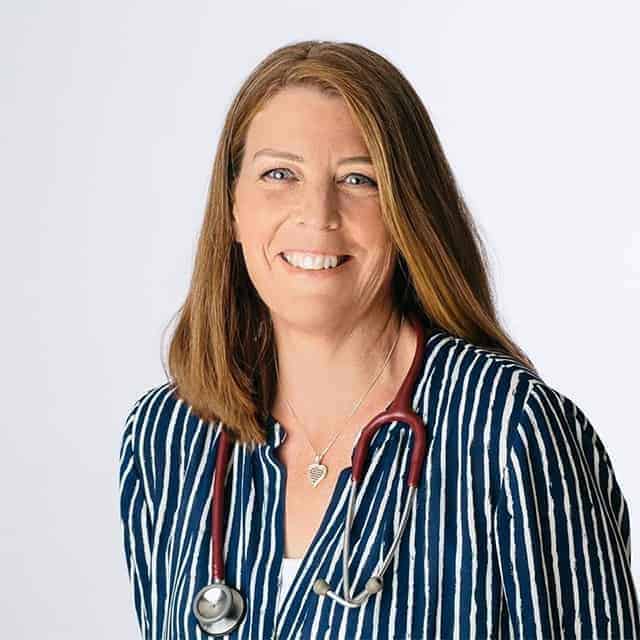 Dr. Erin Boynton, MD, FRCS is an orthopedic surgeon who was the team surgeon for the Toronto Blue Jays for 10 years and has worked with other professional teams and athletes from many different sports. She currently serves as the Chief Medical Director of the Rogers Cup WTA Tennis Tournament and is the ITF Canadian Champion in tennis for her age group (we won't say which group that is!).

Eric Wong, BSc is the founder of Precision Movement. He graduated with his BSc in Kinesiology in 2004 from the University of Waterloo and has been helping people move better ever since via his courses and programs that have been used by over 10,000 people from around the world. His goal is to keep moving and playing sports until he's old and grey and wants to help you do the same.

You’ll be guided through a history questionnaire and physical self-assessment that can help you determine if you should avoid surgery or not and where to start in the program.

Minimizing and eliminating intense pain, inflammation and swelling is the first step before moving on and in this section you will learn little-known techniques that are simple but can quickly have a profound effect on how you’re feeling and the state of your knee(s).

Once you’re free of pain, inflammation and swelling, it’s time to reset your neuromuscular system to get all of your muscles activated and break bad movement habits that contribute to increased stress and damage on your knees.

Restoring mobility and muscular balance is the next step to healthy, strong and pain-free knees and the End Range Expansion techniques you’ll use for these goals will also improve joint stability, kinesthetic awareness and motor control.

The final step is to reprogram your movement and at this stage you’ll learn the key closed chain and fundamental movement patterns that have a high degree of transfer to the gym, sport and the movements of daily living so you can get back to and keep doing the things you love freely and without pain.

Being able to avoid surgery is a major win in and of itself, but for those without insurance coverage, surgery is extremely costly with most arthroscopic knee procedures running anywhere from $5,000 - $10,000.

Add the requisite physical therapy on top at $1,000 - $2,000 and you’re looking at a serious dent in your finances, not to mention the time spent scheduling, sitting in waiting rooms and finally, attending your appointments.

For a Limited Time Only

Although tens of thousands of people have already followed the methods in this program, this is the launch of the program online so we want to get some feedback from real users to make sure everything is airtight, so to the first 100 people who signup we’re offering a special 'early adopters' discount:

Instead of shelling out thousands of dollars and spending countless hours shuttling to and from appointments, you can get started with the AVOID THE KNIFE Meniscus Program today and quite possibly avoid surgery altogether... Or if it is required - hasten your way to a complete recovery - for a one-time investment of only:

After completing payment you’ll be automatically logged into the members portal and receive instant access to the program so you can get started right away. You’ll also receive an email with your account details. If you don’t see this email in your Inbox, check your Junk/Spam folder.

How much time does the program take?

At the beginning of the program you perform shorter sessions more frequently, especially for a recent injury where swelling and acute pain are present.

In the first phase called "Relax", expect 3 sessions a day at approximately 15 minutes each, but for specific activation exercises the more frequent you do them the better, especially within the first 48 hours of injury.

So if you're sitting down watching TV or reading a book, you might be doing them the whole time, which will help to speed up the decrease in swelling, inflammation and acute pain.

You’ll typically be in the Relax phase for 1-2 weeks, depending on how much swelling you started with.

As you progress through phases (the 4R's), the program will more closely resemble a traditional exercise program:

The 4th and final phase "Reprogram" includes two different routines that are to be performed twice a week each for a total of 4 sessions per week. Each routine will take approximately 15-20 minutes. You'll spend 4 weeks in this phase.

So the program will be a grand total of 6-8 weeks for most people.

I just injured my meniscus. Should I do the program?

YES! You most definitely should do this program. The sooner you start the quicker you'll be able to decrease swelling, inflammation and pain and the less work you'll have to do to restore ROM, strength and function.

Especially beneficial is the Assessment where you'll get a provisional diagnosis on your knee and guidance as to whether you should immediately go to the emergency room, start the program while making an appointment to see your doctor or go ahead and start the program while listening to your body to see if medical advice is necessary.

I have a bucket handle meniscus tear. Should I start the program?

If you know you have a bucket handle tear i.e. your knee locks or catches and you can't actively or passively fully extend your knee, get crutches and head to the doctor.

The problem of moving around with a bucket handle tear is two-fold:

After your surgery the sooner you can start the program the better (Dr. B often started people on it in the recovery room!). However, due to the individual differences in the type of surgery you have, follow your surgeon’s guidelines. When you’re cleared to move, start the program right away!

I tore my meniscus a long time ago. Is this program right for me?

YES! If you're here it means you're either still experiencing pain or ROM limitations. If you haven't effectively rehabilitated your meniscus tear, further issues and compensations will build up resulting in pain and dysfunction in other areas of your body.

Doing this program will take you through all the steps you need to ensure the foundation is laid and everything is working correctly, allowing you to then progress unhindered to your gym, sport and other activities.

My knee hurts, but I'm not sure if I have a meniscus tear or not. Will this program help?

MOST DEFINITELY. First off you’ll start with the simple 10 question guided assessment that will give you a provisional diagnosis and is designed to give you an idea of your problem, such as:

… as well as various combinations of the above.

In addition to the provisional diagnosis, we’ll tell you the next steps and for most of the people who are even here looking at this course, it’s to start the program.

The more serious problems are associated with a high degree of pain and disability, so these people will likely seek out medical attention and we advise to get the program so you can start it as soon as possible, which will hasten recovery times and lessen time on the sidelines.

Not sure if the program is right for you?

Both Dr. Boynton and Eric have used and refined these methods with tens of thousands of patients/people each and have combined their knowledge to get you the best possible results and you’ve got 1 full year to prove them right and in the process, restore 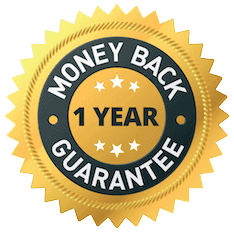 A quick message from your new rehab team

What others are saying about these methods